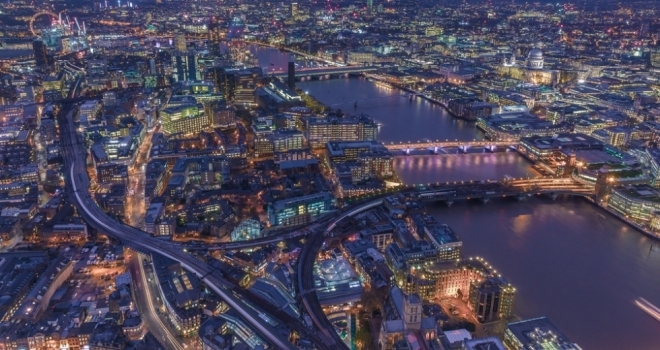 overnment targets for new homes are consistently missed. In fact, at no point since the construction boom of the 1970s have 300,00 homes been built in a single year. Yet despite this, our cities continue to grow at pace. The latest market analysis by Unlatch, reveals which UK cities have seen the biggest expansion in the past ten years.

To understand the scale and nature of housing market expansion in UK cities, Unlatch has analysed the changing size of total dwelling stock across 12 major urban areas, as well as focussing specifically on new-build housing delivery.

Edinburgh is the city to experience the largest expansion of total dwelling stock, which accounts for new-build delivery alongside additional homes created through channels such as the conversion of existing properties.

In the past decade, the city has seen the size of its total housing market expand by 10.7%, equivalent to 24,490 additional properties.

London’s portfolio has also expanded rapidly, increasing by 9.3%. However, when it comes to sheer volume, London sits top of the table by far, with a 9.3% increase equating to 312,699 additional dwellings.

One surprising aspect of the findings is that Birmingham, the centre of such intense economic focus and regeneration over the past few years, has only seen its housing stock expand by 5.9% with an additional 25,179 homes bringing the current total to 448,812.

When measuring new-builds alone, London has seen the biggest expansion in the last decade, with the addition of 205,460 new homes to the market.

In Edinburgh, 19,184 new-builds have been delivered to the market, while Leeds has introduced 19,184 new properties for homebuyers.

Manchester has seen the fourth largest delivery of new homes, with 14,540 new-builds coming to market.

The data, however, suggests that Birmingham could be in line for a period of significant expansion given that 2021-22 was the busiest new-build year of the decade with 1,980 properties coming to market.

Lee Martin, Head of UK for Unlatch, says: “London certainly sits top of the table when it comes to the sheer volume of additional homes created over the last decade.

"However, when it comes to the rate of growth being seen across the housing markets in our major cities, Edinburgh, Newcastle and Manchester have actually seen a higher rate of expansion.

"This certainly echoes what we’ve been seeing within the new-build sector in recent years, with housebuilders looking outside of the M25 due to the great opportunities available in other regional powerhouses.

"The likes of Newcastle and particularly Manchester, a location where Unlatch has several based clients, have seen a vast amount of investment, which has spurred interest from homebuyers in need of high-quality homes.

"We’re also seeing the same movement across Birmingham and while the city hasn’t expanded to the same extent, it has seen a notable level of new-build specific delivery in the last 10 years.

"We expect these cities to continue to prosper and while they may not reach the same dizzying heights as the London market, they will certainly remain an attractive proposition for those looking to invest, live and work outside of the nation’s capital.”