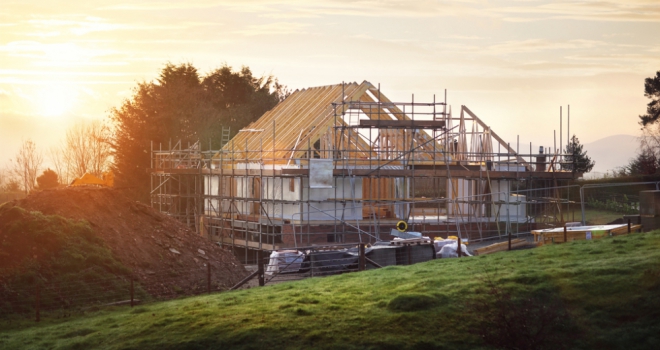 New homes, shops and hospitals are set to have the red tape cut after Housing Secretary, Robert Jenrick, announced new rules to planning following the PM's £5bn pledge to "Build, build, build" as part of the government's economic fight against Covid-19.

"Permission in principle" will be given to developments on land designated for renewal to speed-up the building process.

The new rules will fall under three categories:

Land for growth - allowing new homes and GP surgeries to be built automatically, providing the local council has ruled there is a need for it.

Renewal areas - mainly existing urban plots, will see their plans fast tracked with "permission in principle" rules enabling many high streets to regenerate and allow the development of new housing.

Protected land - green belt areas and areas of national beauty will be protected from new development.

The homeless charity, Shelter, stated over 275,000 homes received permission in England between 2011 and 2016, but were never built and warned against any new reforms may lead to bad-quality housing.

Mr Jenrick insisted that the government is "cutting red tape, but not standards."

The government predict that the move will also see the creation of millions of jobs within the construction sector, boosting the economy and propping up the struggling retail and hospitality sectors.

Mr Jenrick wrote in The Sunday Telegraph, saying: "Our country's outdated and cumbersome planning system has contributed to a generational divide between those who own property and those who don't. Half as many 16 to 34-year-olds own their own homes, compared to those aged between 35 and 64."

"While house prices have soared since the Millennium, with England seeing an increase at one of the fastest rates in Europe, our complex and slow planning system has been a barrier to building homes which are affordable, where families want to raise children and build their lives.

He added: "It's resulted in delays to vital infrastructure projects that come with new housing. Communities are missing out on new hospitals, new schools and improved roads, and restrictions have left derelict buildings as eyesores and empty shops on our high streets, instead of helping them to adapt and evolve."

However, Local Government Association chairman Councillor, James Jamieson, was less optimistic of the new rules and suggested that it is a myth that "planning is a barrier to house building."

He said: "Nine in 10 planning applications are approved by councils, while more than a million homes given planning permission in the last decade have not yet been built.

"We all want great communities. The planning system needs to be able to ensure developments are of a high standard, are built in the right places, include affordable homes, and are supported by infrastructure that provides enough schools, promotes greener and more active travel, and tackles climate change.

"Only last week the government's own independent report warned of the worse quality of homes not delivered through the planning system.

"We urge the government to heed these warnings and not further sideline the planning process. We stand ready to work with government to ensure any reforms improve the system."