Nationwide's study reports a pick up in house prices 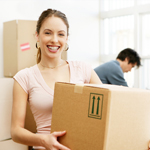 House prices saw an increase in May by 0.4%. According to the findings from Nationwide the value of the average home was up 0.4% taking the average house price to £167,912. The research also revealed that values are also up 1.1% from the same time last year.

Confidence in the market has also increased as borrowers are finding that it is more accessible to obtain a mortgage. Also government schemes such as, Help to Buy and the Funding for Lending scheme are giving the market a boost with more first time buyers being able to enter the market. This in turn will help homeowners further up the chain move up the property ladder.

Robert Gardner, Nationwide's Chief Economist, explains the reasons for the pick up in activity:  “There has been an improvement in the availability and a reduction in the cost of credit, partly as a result of policy measures, such as the Funding for Lending Scheme. Indeed, mortgage rates have fallen back towards all time lows in recent months. With the UK returning to growth in the first quarter of 2013, the improvement in wider economic conditions may also be playing a role in boosting sentiment.”

Nationwide's study reports a pick up in house prices