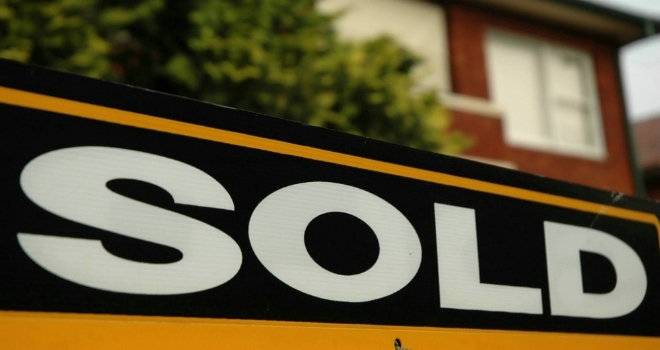 The latest data released by Rightmove this morning has revealed that pent-up home mover momentum has translated into the market's best-ever week outside London with buyers flooding back after lockdown.

According to the figures, average asking prices of property coming to market in England was up by an average of 1.9% (+£6,266) to £337,884 this month compared to March, before the housing market was put on hold.

Now that the market has been open since 13th May there is sufficient new seller asking price data for England, though not yet for Scotland or Wales. New supply is also starting to recover, though there are over 175,000 missing sellers that would have come to market between 24th March and 12th May, when compared to the same period in 2019. Whilst it’s still early days, Rightmove’s statistics covering 95% of the market indicate far more resilience than had been expected, with a strong initial bounce-back in all metrics.

Miles Shipside, Rightmove director and housing market analyst, comments: “Following the initial shock of the early reopening of the housing market, England is getting moving again with a boom in traffic on Rightmove. There are no signs of panic selling or even a price dip. Some sellers who had agreed on a sale before lockdown have been worrying that their buyer may try to re-negotiate with a reduced offer. On this evidence, buyers may now be trying to exchange quickly, as there are signs of high pent-up demand and upwards price pressure, rather than downwards.

"Lenders may also have been concerned about price instability affecting the risk profile of their low-deposit mortgages, so hopefully this will give them more confidence to increase their range of first-time-buyer products.”

The release of pent-up spring demand, fuelled by many people unhappy with their existing home and looking for more space and a bigger garden, has led to 10 of the busiest traffic days on Rightmove being recorded in May and June.

The busiest day for time spent on the site was Saturday 6th June, with people collectively spending over 955,000 hours. Browsing has turned into action with the number of home movers emailing and calling agents via Rightmove in England hitting a record on 8th June, up 40% on the level recorded in early March.

This activity takes time to turn into actual sales being agreed, especially since the surprise reopening of the market with only a few hours notice meant many estate agents were not ready for the sudden rush of buyers. Estate agents have agreed 40,000 new sales since the market reopened in England, recovering from being 94% down when the market was closed, to being 36% down comparing 13th May - 4th June with the same period last year.

The analysis by Rightmove also found that buyers are agreeing to pay closer to the asking price than they were at the beginning of the year. On average, between 13th May and 4th June, buyers were having offers accepted at 97.7% of the last advertised asking price on Rightmove. Although these sales have not yet completed, they are the most up-to-date view of sales agreed prices until completion data is available in a few months’ time.

Analysis of completion data from Land Registry for February shows an average of 96.6% achieved of the last advertised price on Rightmove. This indicates that sales agreed after the market reopened have not only shown price stability but a likelihood of modest upwards price pressure. It’s important for buyers and sellers to note that the 97.7% figure is an average, with some properties selling for over asking price and others under depending on local market conditions. There are also regional variations, with the closest to asking price being achieved in the West Midlands at 98.1%, and the lowest in the North East, at 96.8%.

Shipside observes: ”After three months of speculation about prices we now have a month’s worth of detailed data showing the market bouncing back, and currently with a modest degree of upwards price pressure showing that those buyers hoping to negotiate hard may find their offer rejected in the current market. The number of properties coming to market saw the most recent available daily rate exceed the same day a year ago, but the 175,000 would-be sellers who were unable to come to market while it was closed means that we will be playing catch up for the rest of the year.

"Some of those 175,000 now appear to be taking action, given the record number of Rightmove valuation requests to agents. The figures at present show an activity boosting and price underpinning dynamic between supply and demand, driven by low mortgage rates and pent-up housing needs. This positivity will be challenged when unemployment spikes upwards or if mortgage lenders start to pull back from the market.

"The early release from housing lockdown has helped to get England moving again, but we’ll have to wait until the housing markets in Wales and Scotland are similarly released to see if the whole of Britain gets moving.”