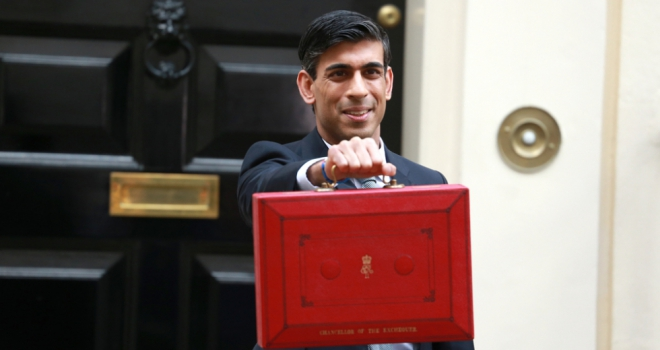 Chancellor Rishi Sunak says the stamp duty holiday will be extended from March 31 to June 30; "and then, to smooth the transition back to normal, the nil rate threshold will be £250,000 until the end of September."

However, this also means that the maximum saving for buyers from the start of July until the end of September will be just £2,500 - sizeably less than the £15,000 saving possible under the current holiday, which continues until the end of June.

So far no details have been released on whether these dates will involve the hated 'cliff edge' or a tapered end to each.

It will not be until October 1 that the pre-Covid stamp duty thresholds and levels will resume.

Making the announcement this afternoon, Sunak said: "The cut in stamp duty I announced last summer has helped hundreds of thousands of people buy a home and supported the economy at a critical time. But due to the sheer volume of transactions we're seeing, many new purchases won't complete in time for the end of March."

Chancellor Sunak has also confirmed that there will be government-guaranteed 95 per cent mortgage loans available from next month, on the purchase of properties up to the value of £600,000.

He says there will be a 100 per cent business rates holiday until the end of June; thereafter business rates will be discounted by two thirds up to a maximum of £2m for larger businesses. However, corporation tax is to rise sharply from 2023 - some details below.Other specific measures announced include:

- Furlough extended until the end of September; no change for employees' terms, still receiving 80 per cent of salary, but business contributions will rise from July;

- Corporation tax on company profits soaring to 25 per cent by April 2023 - but with some amendments to application, Sunak says 70 per cent of companies will not be affected;

- Existing Self Employed Income Support Scheme will continue until the end of September;

- Personal tax thresholds will be frozen from next year until 2026 - meaning a 'stealth' tax as incomes rise over time;

- Universal Credit uplift of £20 will continue for another six months;

- New restart grants of up to £18,000 for non-essential businesses as they reopen - although most businesses will be eligible for only maximum £6,000;

- Confirmation that there will be £70m for arts and sports businesses as they reopen;

- Doubling apprentice payments to £3,000 for all new hires of any age.

- Economy should return to pre-Covid levels by mid-2022, but even by 2026 economy will be three per cent smaller than it would have been had the virus not happened;

- £280 billion of support already announced since the start of Coornavirus; even so 700,000 jobs lost and economy has shrunk by 10 per cent;

- If you have questions about the Budget, why not see if you can ask Sunak himself? He's staging a news conference at 5pm and you can submit questions at gov.uk/ask