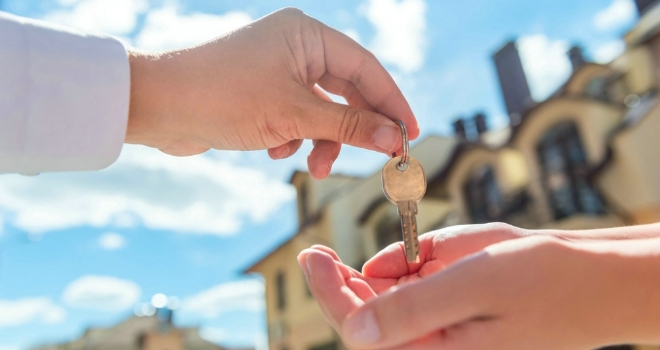 Pent-up buyer demand, desire for a larger home or one with office and outdoor space, and the stamp duty holiday have all played their part in the volume of UK homes sold within a week reaching a ten-year high.

According to newly released data from Rightmove, more sellers are finding a buyer within a week of putting their home up for sale than at any time over the past ten years, a 125% jump on the same period last year and 28% higher than the previous high recorded back in February 2016 before the Brexit vote.

Rightmove analysed over 200,000 properties that sold between 8th July and 31st August to reveal the impact of the temporary stamp duty holiday.

Sellers taking advantage of the surge in buyer demand are more likely to find a buyer within the first week of marketing compared with this time last year. One in seven properties sold by agents did so within a week of being listed on Rightmove, up from one in ten in 2019.

Four bed detached houses saw the biggest jump, with the proportion selling within a week doubling from 7% last year to 14% this year.

Across Great Britain, the hottest market is in Scotland where a third of all three-bedroom semi-detached homes sold by agents took a week or under to sell (32%), compared to 20% in 2019.

The slowest market is in London where one in nine homes sold within the first week, though this is up from one in 20 in 2019.

Miles Shipside, Rightmove’s property expert, comments on the findings: “Not only are more properties selling in the current market than at any time over the past ten years, but many sellers are finding that demand for homes following lockdown and the rush to beat the stamp duty deadline means they’re achieving a quicker sale, but only if they’ve been priced correctly. Not every home sells, but those that are well presented by agents, are on at the right price, or are just lucky enough to be in demand are among a record number of homes selling within the first week of coming to market since we started tracking this data ten years ago.

“There’s no point rushing a home to market without carefully thinking through the best way to market it and making sure it looks its best, which is something an expert local agent can help with. However, sellers do need to move more quickly than before because although we’re in unchartered territory with record activity it’s still likely that demand will start to soften as it always does towards the end of the year.

"The conveyancing log-jam created by the pause and subsequent market surge means that people thinking of coming to market really need to do so in September or early October if they want to have a chance of completing with enough time to beat the stamp duty deadline. Six months may seem like a while away now, but getting your property ready to sell, finding an agent, marketing the home, finding a buyer and then going through the conveyancing process doesn’t leave much time for any unexpected delays along the way, especially if you’re in a chain.

“Sellers of three-bed semi-detached homes are in the sweet spot of the market, as they benefit from being the most in-demand and the most likely to sell within a week. The bigger, top of the ladder homes are also proving more popular, though some of this may be a result of home-movers in wealthier areas who would usually have been on holiday bringing their plans forward.”