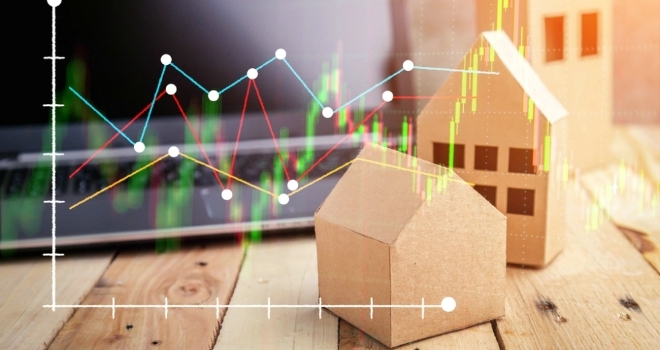 House price growth has made a strong start to 2022 with demand continuing to outstrip supply, according to this morning's data and market analysis from Nationwide.

“Housing demand has remained robust. Mortgage approvals for house purchases have continued to run slightly above pre-pandemic levels, despite the surge in activity in 2021 as a result of the stamp duty holiday, which encouraged buyers to bring forward their transactions to avoid additional tax.

“Indeed, the total number of property transactions in 2021 was the highest since 2007 and around 25% higher than in 2019, before the pandemic struck

“At the same time, the stock of homes on estate agents’ books has remained extremely low, which is contributing to the continued robust pace of house price growth.

“While the outlook remains uncertain, it is likely that the housing market will slow this year. House price growth has outstripped earnings growth by a wide margin since the pandemic struck and, as a result, housing affordability has become less favourable.

“For example, a 10% deposit on a typical first-time buyer home is now equivalent to 56% of total gross annual earnings, a record high. Similarly, a typical mortgage payment as a share of take-home pay is now above the long-run average, despite mortgage rates remaining close to all-time lows.

“Reduced affordability is likely to exert a dampening impact on market activity and house price growth, especially since household finances are also coming under pressure from sharp increases in the cost of living.

“Consumer price inflation reached 5.4% in December, its fastest pace since 1992. This is more than double the Bank of England’s 2% target and inflation is set to rise further in the coming months as the energy price cap is increased. This rapid rise in inflation has been an important factor denting consumer confidence in recent months, especially how people see their own personal financial situation evolving, although as yet, this has done little to dent housing market activity

“High inflation and growing confidence that the Omicron variant will not derail the wider economic recovery has led to increased expectations that policymakers will increase interest rates further in the months ahead. This will further reduce housing affordability if it feeds through to higher mortgage rates, although to date a significant proportion of the rise in longer-term interest rates seen in recent months has been absorbed by lenders

Tom Bill, head of UK residential research at Knight Frank: “Don’t expect a return to single-digit house price growth until supply picks up. Demand has been unrelenting over the last several months, despite the absence of a stamp duty holiday and the presence of an Omicron surge.

"The high level of market valuations requested by prospective sellers in January indicates that supply will pick up as more owners decide now is the time to act. A number of prospective sellers had hesitated due to the distortive effect of a stamp duty holiday and a global pandemic. Others hit the pause button during the political turmoil of the post-Brexit years, a period that makes the current government appear comparatively stable. This year could see high demand more evenly matched by supply, which would mean UK house price growth ends 2022 in single-digits.”

Jeremy Leaf, north London estate agent and a former RICS residential chairman, says: "This well-established survey and trend identifier is one of the first to report on the state of health of the 2022 UK property market. It confirms what we have seen on the ground – a resilient market with prices still rising in response to improving but continuing low stock levels.

"Looking forward, higher interest rates and inflation will inevitably have some impact on the pace of price increases and the number of transactions."

Guy Gittins, CEO of Chestertons, says: “For many, 2022 feels like a new chapter and house hunters have been eager to begin the new year in a new home. Following on from a busier than usual December, London's property market has continued to see record numbers of buyers registering throughout January. A strong indication that the market will remain at high activity levels in the first half of this year.

“Whilst spacious properties or homes with an outside space remain sought-after, apartments in some of London's more central boroughs are experiencing a steady comeback. This is particularly driven by professionals who are returning to the office and are seeking a nearby home as well as international investors and students.

“With London’s property market currently not meeting demand from house hunters, rising prices and competitive market conditions are inevitable. To secure their ideal property, buyers are advised to put themselves in the best possible position by having their finances and paperwork in place prior to starting their search as it will enable them to act fast.”

Shaw and co etate agents, have seen a strong start to the new year, with demand out striping supply. The demand for 3 and 4 bedroom houses across Heston, Hounslow and Hayes areas has been massive, driving house prices up. "We predict property prices will keep on rising through out the year, with new lisitngs struggling to keep up with currnet demands"