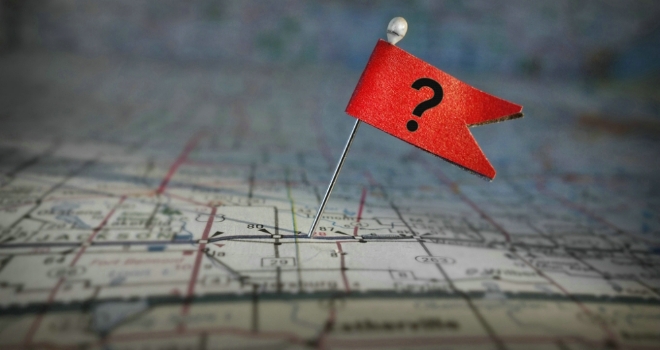 We’ve all got one and most of us can probably remember a few of our old ones. They swirl around in our heads along with heaps of other pointless numbers such as the locker combination in that gym you only went to once 4 years ago, or the phone number for Noel Edmond's Multi-Coloured Swap Shop (01 811 8055).

However, some people live in postcodes that happen to be more than just a randomised series of letters and numbers.

The cornish market town of Redruth has seen the largest increase in house prices over the past year, with homes having gone up in value by 21.12%, making their average price £305,734. While this is still slightly lower than the UK average of £315,059, it shows things in the area are moving in the right direction, as the TR16 6ER (TRIGGER) postcode starts to cash in on its prominent position.

Newquay, another cornish coastal town, takes second place as house prices in the TR7 1NG (TRYING) region go up by a huge 16.43% in value. The town has long been a holiday haven, with incredible views, breathtaking waves and more than your fair share of fish and chips drawing people back every summer. Moreover, with lockdown encouraging people to enjoy more of the coastal action, the average house price has increased to £445,451 - 41.39% above the UK average.

The best postcode bargains, where you could be living for less

Homes in Peterlee, County Durham, are the biggest bargains in the UK with the average house price going for only £41,462 - 86.84% less than the UK average. The town is left a little under the radar compared to its larger Teesside counterparts but leaves you with easy access to neighbouring Hartlepool and Sunderland where you could find a great commuter home in AL1 5HA (ALPHA) for a lot less than you’d pay elsewhere.

Houses in KA1 5ER (KAISER), Kilmarnock, Scottland also could see you make some huge savings, with homes costing a mere £51,044 on average, - 83.8% less than the UK’s average house price. Kilmarnock houses are surrounded by historical buildings, intriguing architecture and are only a 35-minute drive away from the vibrant city of Glasgow.

Taking third place is St Helens, a bustling town right in between Liverpool and Manchester. The WA9 1NG (WAGING) postcode only costs an average of £63,842, making it 79.74% cheaper than the average UK property while offering great transport links to bigger, metropolitan neighbouring cities.

Out of all of our unfortunate postcodes, Teddington (TW11 1AT) claims the top spot with its sweary disposition. London postcodes are some of the most expensive on the market, therefore, it’s no surprise that homes in Teddington sell for around £892,903 - a whopping 183.41% above the national average! However, it’s not just a financial cost you’ll have to deal with to live in TW11 1AT, but also the occasional comment from your affluent neighbours.

Sex sells with Exeter’s postcode, 5EX (SEX). Despite being highly unfortunate, the average house price in Sivell Mews is on average 2.76% higher than the national average at £323,770. Meanwhile, in Beckenham breast is best (BR3 4ST, BREAST) as homes are expected to go for 53.2% more than the national average house price. This Kent suburb is a great place to bring up a family, with huge homes offering more than just a postcode likely to cause a snigger amongst the less mature of your friends.

And finally, L3 3DS is quite the deceiver. You might be expecting residents of St Anne Street to have a thick Yorkshire accent, but the postcode of L3 3DS (LEEDS) actually sounds a lot more Scouse. This Liverpool street is one of many that sounds like it should be somewhere else, joining the likes of DE5 3RT (DESERT), Ripley, a picturesque town in Derbyshire with more streams than sand, and PR4 6UE (PRAGUE) - and nope, it’s not the capital of the Czech Republic, it’s a road in Preston.